A British physician and collector of plants and other curiosities.

Our man Hans gets credit for being the first to mix chocolate with milk.

As far back as 4000 BCE, the Incas would use the ground up spice and the seeds of the Cacao tree mixed with water to create a bitter and spicy drink.

Sometime after earning his medical degree in 1683 from University of Orange-Nassau he traveled to Jamaica where he encountered Cacao.

He is reported to have thought it nauseating.

A man of science, he was soon to devised a means of mixing it with milk to make it more pleasant. At first sold out of apothecaries as medicine  it soon became the drink du jur for Europe’s elite.

This achievement happens almost smack dab in the middle of two major events in the story of chocolate.

1492 when Spain landed in the Americas and 1883 when steam engines technologies allowed the advanced cocoa production.

Cocoa Presses were invented in 1828 that squeezed most of the fat from the chocolate.

Leaving behind the Cocoa Cake that was found to work better for drinking chocolate than just chocolate.

After his death Sir Hans left his vast collection for what became the bulk of the British Museum. 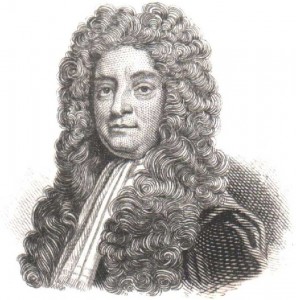